obamacare; could it be?

I'm no prophet! But could obamacare just possibly be the start of the reaping season for the generations of sowing by the abortion industry. As medical costs go higher and higher and what we are seeing with obamacare in that people are not buying it, indeed many are claiming they will just pay the fine, is it not possible the answer for the unsustainable spending for medicine would be euthanasia? Irony of ironies. The survivors of the abortion generation deciding the fate of the perpetrators by declaring there is no quality of life; just put them to sleep. I know it sounds like something out of a bad movie but we live in an age of godlessness even among many professing Christians. What do you think?

Do I understand you properly? The government effectively sent people into schools to shoot people? To push the gun-control agenda?

Most of the terrorist bombings too.  Do you have evidence that this is not so?  Are you getting your opinions from Presstitute Media?

I don't understand your logic that because it was written in 1880 it's somehow discredited?  My understanding is that things have gotten worse?  Social engineering has been going on for thousands of years getting more and more efficient and sophisticated.  It's gone from panem et circenses in Pagan Rome to technotronic weapons like Silent Sound Spread Spectrum technology.

No, I'm not offended, I just think an older quote like that should put our understanding of the way the world really is into a more accurate context.

Did the Pentagon and government lie, and sustain a national media propaganda campaign for years, telling the American people and the world, that the N. Vietnamese had attacked US warships in the Gulf of Tonkin as a pretext to get the American people to support the war?  Did the NSA create fake intelligence to convince the Congress to support the war?  Did the President and several Senators know about all of it?   Don't take my word for it.  Read the declassified CIA documents like I did which shows the whole thing was a staged event, kind of like the Boston Bombing:   http://www.infowars.com/de-classified-vietnam-era-transcripts-show-...

Did the US government and military load the USS Maine with explosives off the coast of Cuba in 1898 and explode it to blame it on the Spanish as a pretext to foster public support for a war with Spain?  The Spanish-American war?

Operation Gladio---many terrorist bombing in schools, buses in Europe to blame on 'terrorists' to get an agenda through

Nero, emperor of Rome, set fire to his city to blame on Christians.  He betrayed his own spies who lit the fires

Hitler burned down the Reichstaag parliament building, blamed it on the Communists, and had the "Enabling Act" signed which mirrored the Patriot Act, stripping the constitution

Hitler used false flags to attack Poland, pulling a Polish citizen from one of his prisons, dressing him up in a military uniform, driving him to the Polish border, and shooting him dead, and then lie to the Germany people telling them the Polish were invading.

So, if there were no prior examples of this kind of thing I would think that someone who thought like me was nuts.  But statistically speaking, I may be safer in my view than those opposed because of all the precedents, and this is a war we're talking about.  I'm not mixing contexts.

That is absolutely ridiculous John.  What "evidence that is available" leads you to the government sponsored school shooting theory?  If gun control advocates were behind the shootings they would want to demonstrate that gun free zones work, so they would not kill there.

What is absolutely ridiculous, in 2013, is to believe anything the Presstitute Media says.  What evidence do you have to determine that  these were NOT false flag ops?  I had my suspicions for maybe two years, but after looking for a looooong time at the evidence, I've made up my mind.  And the Boston bombing was a huge confirmation.  Now that was a masterly screw up.  That's probably the easiest place to start.   If you're really open to the truth, you may find it there.  ----Craft Mercenaries with black backpacks, Spotters on the Roof, Bomb sniffing dogs all over, CRISIS ACTORS, announcements over the loud speakers at the finish line to "Stay calm, this is only a drill.," the use of actors as false witnesses to interview for TV which curiously showed up a two different locations on different days to report on what happened on the scene (probable CIA agent),  the fact that nobody died, nobody was injured, except an old man who fell over (These were "Crisis Actors"), the fact that the shooters mother stated the FBI was in regular contact with her son for years, THE COMPLETE SHUTDOWN OF ANY PRESSTITUTE REPORTING ON ANY OF THE ABOVE.

I posted another reply above you should read.  My opinion is the FBI has set these up.

Whenever there is a drill before or during a terrorist plot which directly mimics the specifics of the actual event, it is more than coincidental.  In the case of the Boston Bombing, there was a drill planned two months before for the exact same scenario, and there was a drill going on at the finish line. Gee, the Presstitutes didn't tell us that? Could it be there not telling us about a whole lot more?

Get the Facts About the Boston Bombing

Permalink Reply by Deborah Pickell Chennault on December 13, 2013 at 4:22am
Again, John, I'm on the same page. And it seems so obvious. Satans lying wonders? He will use men in part, and the Boston bombing was a neat little trick to allow them to play martial law and see how it went. Then told the people they owe a debt of gratitude.
Some people would rather swallow this tripe lamestream media keeps shoving down our throats. I refuse.
And it's a very sad thing that the most vehement adversarial ones are from our same faith. I find non believers to be a bit more capable of objectivity on a lot of these issues.

" I find non believers to be a bit more capable of objectivity on a lot of these issues."

Could it be the Holy Spirit is working with some of these people.  I cannot believe the attitude from some when it comes to the RCC.  My wife and mother's family are all Catholics.  Let's help these people find the truth. It's not hard to see the devil in health care. WHY! Are some preaching dependence on a government when in the end  SOP teaches that civil and religious will combine to persecute.  I am knocking on my pumpkin try to figure this out.  It does not matter what side of the fence you are on liberal or conservative the government is the arm that is gonna gitcha if you truly obey Christ and his law.  If you are going to be hunted down do you think it is a good idea to paint a target on yourself by giving the federal government every shred of information about yourself.  Fine you like Obama but does that change SOP.  Come on really.  I love my country but it does not change the truth about it, I know what is going to happen because the Bible tells me so.  I don't think some POTUS is going to change that.

Prophecy is a salvational issue.  So where is the prophecy that St. Barak Obama is going to do such a good job that he is going to stifle the plans of the devil and delay the coming of Jesus by making our government so good it teaches the rich to be sweet to the poor and under the leadership of St. Obama we will have love and equality and an efficient ethical government  government. 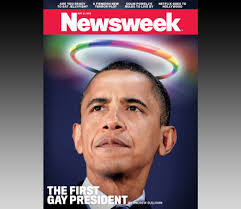 hahahaha.  Oh snap.  You could always create an identity with photoshop and use that.  ahem.

I think we have little real appreciation of just how easy life is in the Western world today.

If we run with the [light-weight] footmen and they weary us, how will we cope when we have to contend with the [heavy-weight] horse-men?

Go back 500, 1000, years and the luxuries of health-care systems were very few and far between.

It is entirely possible, I think, for society to slip back 200-300 years (in terms of health-care conveniences, etc.), and still not have Jesus return. If, for example, antibiotic resistance develops to the point where antibiotics are rendered useless [and no real alternative is available], then we will see major changes. Entirely possible, but still, that is not necessarily an end-of-the-world scenario.